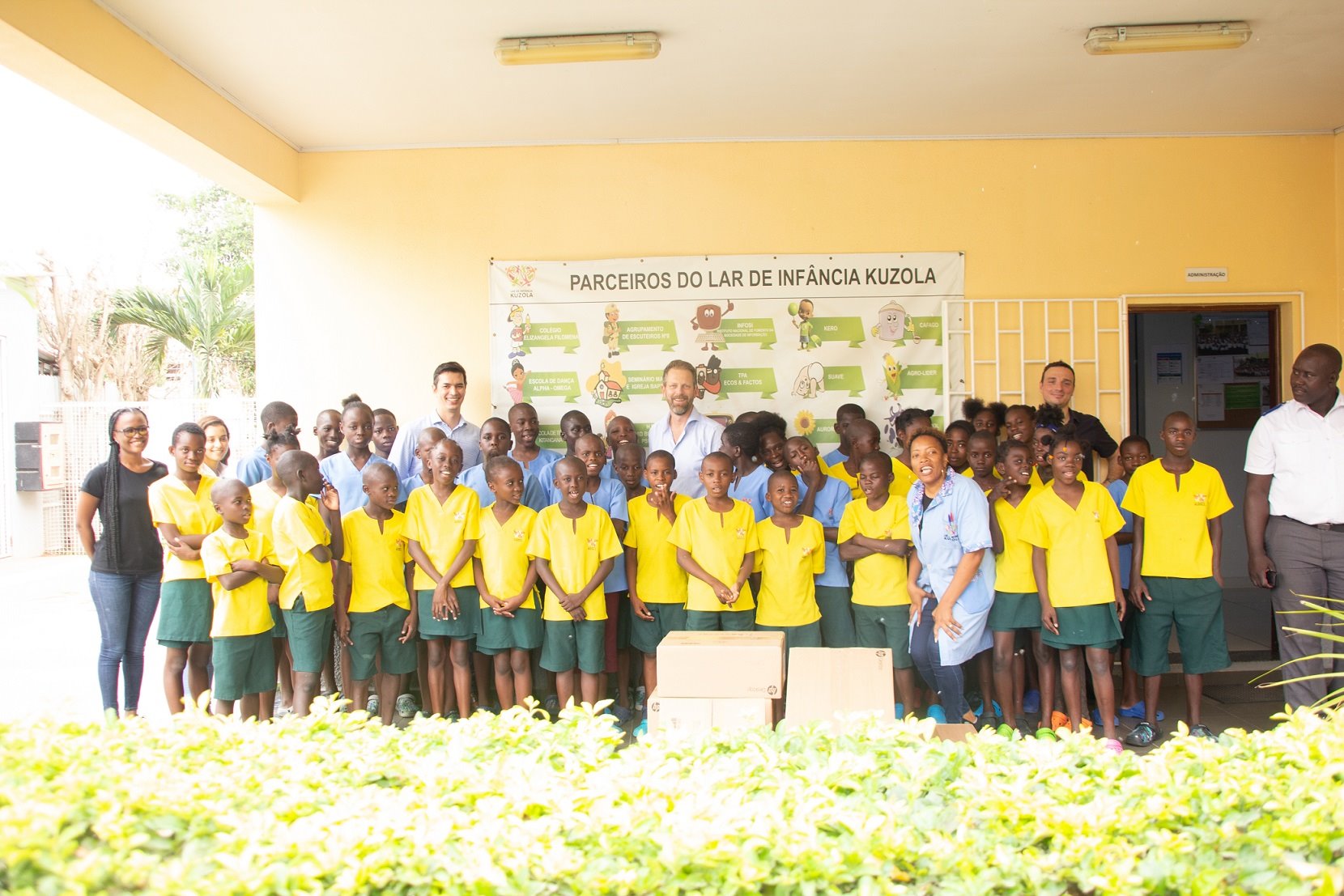 With the support of the Angola team, Welltec has donated 10 computers to an orphanage in Luanda, and will continue with efforts to promote development in communities where we are present.

Lar Infantil Kuzola provides food, shelter, education, and healthcare for approximately 300 young children and teenagers.  Welltec’s offer to help with refurbishment has now led to the creation of an IT room, with assistance including repairs, painting of walls, and installation of air conditioning.  Delivery of the computers was carried out on Friday, October 28, when Sales Director & General Manager - Mathieu Wallach, and the Angola team were joined by CCO – Tommy Eikeland, and Africa VP – Maximilien Hallaire to help mark the occasion.

A team effort
The entire Angola team has been involved in this project, and a charitable group of Field Engineer volunteers will be further assisting with the delivery and set up of furniture in December.

“This social project at Lar Kuzola sends a message of hope to the kids in Angola.  It is significant for me to be part of a company that cares about future generations,” says Joicelene Lucas – Field Engineer.

“Children need to be prepared to enter a workforce and a world in which computers are a focal point of everyday life.  Providing them with the technology packages they need is admirable and I am honored to be part of this project, added” Joana Gomes – Logistics Coordinator.

Future generations…
The initiative shown here is hopefully the beginning of a long-lasting partnership with the orphanage and can truly be inspirational for other locations.

Welltec® is a global technology company that develops and provides efficient, hi-tech solutions for the energy industry.

The company was founded in 1994 and grew rapidly by supplying innovative robotic technology to oil and gas operators. In 2010, Welltec introduced a new business segment focused on the development of Completion products. Commercialization of these products began in 2014, and the company is now a global leader in the field of metal expandable packer technology. Welltec’s cutting-edge products and services are designed to optimize the performance and integrity of a well, in any environment.

Through advanced engineering and lightweight design, Welltec’s solutions have helped clients increase operational efficiency and reduce carbon footprints in a safe and sustainable way for more than 25 years.